The comprehensive online insurance platform Tenbent Insurance has announced on 19th December that they have raised tens of millions RMB fund from K2VC. With this round of funding, Tenbent will improve its offline sales network, start its online sales system and connect the online-offline system.

InsurTech service provider Baosm Tech told the press that they will close a new round of funding which will be up to tens of millions RMB. Baosm has raised 20 million RMB series A funding in June, 2015.

UBI service provider Pingjia Tech has announced on 22nd December that they have closed hundreds of millions RMB series A funding. This round of funding comes from China Merchants Capital, Fosun Kinzon Capital and other investors.

CreditEase Insurance Agency Co., Ltd. was formally listed on NEEQ. CreditEase will keep its expansion in Fintech and InsurTech.

ZhongAn Insurance has cancelled its preparation for Hong Kong IPO and will not take IPO to USA either, according to Bloomberg. And they intend to take the IPO plan to China mainland. Sources say that the reason for this action is that ZhongAn was trying to avoid competition with its shareholder—Ant Financial. ZhongAn has not responded to the speculation yet.

Beijing will launch digital insurance policy pilot project on 28th December, 2016. Policyholders in Beijing will no longer need to stick the insurance label on their cars.

According to Investor China, there are 10 new insurance companies are approved by CIRC. Compared with traditional insurers, newly-founded companies focus more on InsurTechs such as Big Data, IoT etc. 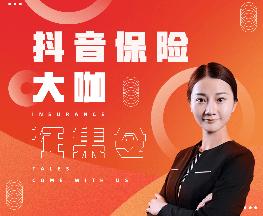